The president of Wifaqul madaris Abdul Razzaq has died on Wednesday on 30-06-2021 at the age of 87. He was admitted to the hospital for treatment in his last two weeks. In the 2nd last week, he went on a ventilator because he got a breathing problem. He served 47 years in Islamic education. He wrote a lot of books in both Arabic and Urdu. He was one of the great assets of this country. It is a big loss for Pakistan who lost an Islamic Mentor. The funeral prayer of Abdul Razzaq Iskander was held in Binori town mosque after Isha. 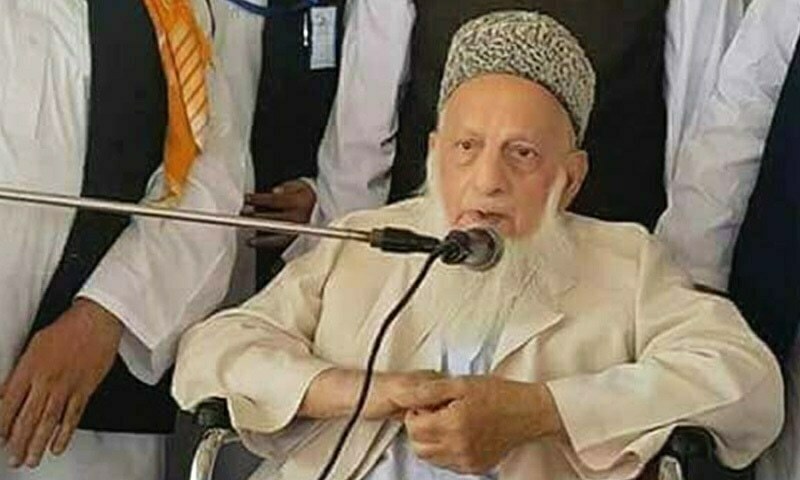 GOVERNOR SINDH IMRAN ISMAIL showed sorrow on his death. He stated that Abdul Razzaq was one of the biggest scholars of Pakistan.

CHIEF OF ARMY STAFF GENERAL QAMAR JAVAID BAJWA also tweeted on this big loss of Pakistan. He is one of the shining stars of Islam who did great work in the spreading of Islam in the subcontinent.

He was born in 1935 in Abottabad Kokal village. He did primary and matriculation. Then he went to The DAR UL ULOUM Chauhar Sharif Madrisa in Haripur for Islamic education. Afterward, he went to Sikanderpur for higher education in Ahmad-ul-Madaris. He got his Ph.D. degree from AL-AZHAR UNIVERSITY which is situated in CAIRO. He is a Sunni Islam. He was the first student of Dars e Nizami in Binori town where he completed his 4-year course after that he went to Saudi Arabia at the Islamic University of Madina In 1972. He went to the Al Azhar University of Egypt where he did his Ph.D. in 4 years and made his thesis on Abdullah Ibn e Masood. Directly and indirectly, he was the mentor of thousands of scholars. He always attended a lot of moments like the Pakistan National Alliance. According to sources, he wrote almost 18 books on different subjects.

He is one of the most influential ultimas of Pakistan. The reason for his excellence was his teachers. He was taught by iconic Islamic scholar of Subcontinent Sayyad Hussain Ahmed Madani. He was also communicated with the International Organization Globally which works on Islamic education in the world.

One of his important works is Tableeghi Jamat and the principles of its Dawah and curriculum of wifaq ul Madaris.

People like ABDUL RAZZAQ ISKANDAR’s are very few in the world who works for the improvement of the world in every point of their life. They always love to work for mankind. She changed the perspective of people about ISLAM and told other people by his work that they need to do some production for the world. So that world will always remember them in their heart.