On 30 –June 2021, the dream of men king converted into reality. It feels like the future has come very quickly. Klein vision has made a car that has completed its flight from the airport of Ntra to the airport of Bratislava in 35 minutes.

The founder of this car says that this car flies at a height of 8200ft. It has a fan In its back. This car converts into aircraft in two minutes and 15t seconds. This car runs at 200 km/hr speed on the runway before takeoff in the air. 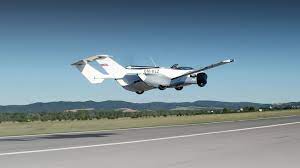 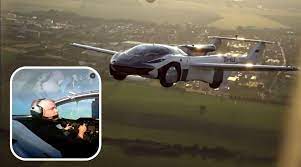 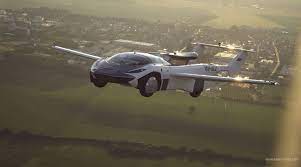 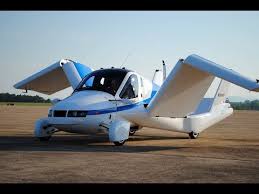 After the flight, Prof. Klein gave an interview to the invited reporters at the airport. He said in the interview that this was a very pleasant experience of driving a car in his life. It can take 2 people and 200kg weight with it during its flight. This car takes off like an aircraft on a runway and doesn’t land vertically on land like a drone. This is a revolutionary achievement that is the new future of the world. It will reduce the major problem of infrastructure and transport will become very easy.

IMPACT AND REVOLUTION IN THE CAR MARKET:

This test has made a huge impact on the future and the market of cars. Now people will shift to flying cars to save their time. This is going to become an explosive market. Up to this date, there are 40000 orders only in the US for this car. We can see the demand for this car from here. If only 5% of flying passengers shift themselves towards this car. Then this market will become a billion-dollar market in the near future.

This car has an engine of 160W of Bugatti. The prof. Klein said in an interview, “In future, we will take the power of engine up to 300 W which car will call “Aircar prototype 2”.

DRIVING LICENSE OF THIS CAR:

There is an issue of licensing of this car that who will drive it. How the government will give the license to drivers? This is one of the most important questions for which people are working. How they will manage the air traffic and what will be the regulatory system under which another general public is going to drive this car. These are some major challenges that need to be solved before allowing these cars to fly free in the sky.

Accordingly to reports, these cars will be economical and comfortable like transport in airplanes. So, it is assumed that most people will shift themselves to this car.

Other car companies also jump into this market. Start to make these cars at more affordable prices. So, more and more people can buy these cars. And the dream of flying cars everywhere will become a reality.

According to Prof. Klein the investment of 1.7 million rupees, needed to make this car.

Boeing and Porsche have also started this project on flying cars.

Hyundai made a contract with aircraft companies to make this car.

Japan has also tested its car. They flew their car in these centers and fly it in the center.

Uber and Hyundai have made an aim of flying taxes in the city. So, people with this move from one part to another part easily and move fastly.