On 11th August 2014, the Pakistan Computer Bureau (PCB) and electronic government directorate (EGD) were combined into the national information technology board (NITB) under the ministry of information technology and telecommunication (MoIT). NITB Govt, Employees App This institute was made for the consultancy and guidance for the publicity department and ministries to fulfill their primary goals efficiently. The purpose behind making NITB is to help government departments in their operational challenges. 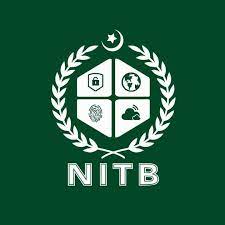 NITB is making an app for the government under the supervision of the federal minister of IT Aminulhaq which will help public departments to communicate conveniently and privately. The name of the app is “BEEP PAKISTAN” which is made by the NITB in the collaboration with IT and Telecom ministry. How to use NITB APP, free download the NITB App the new APP for Government Employees.

MAIN PURPOSE OF THIS APP:

The government was facing an issue that the neighborhood countries were stealing the sensitive information which is communicated by telephone means so the government decided to make another secure medium of communication to fulfill this purpose they gave this responsibility to NITB. Then NITB had reached the conclusion that we need to make an app like Whatsapp so we could prevent ourselves from cyber attacks.

The federal minister of IT Aminulhaq stated in an interview that in the first phase this app will launch for 20000 high-ranked government officials who are directly involved in the decision-making process of government after that, it will allow other government employees to communicate through this application. In the 2nd Phase, we will give this application to the general public for communication. So everyone can communicate with each other privately.

This app is made on the model of other communication apps like Whatsapp after launching this app the Pakistani people can be able to move on this app for secure communication instead of Whatsapp. In that way, we have our personal national app. So, this app may be Pakistan’s first application in which every Pakistani can do messaging, audio calling, and video conferencing via internet connection.

According to Aminulhaq, This social networking app will launch in this way. He also said that this application will make a major revolution in the IT sector of Pakistan and it will also enhance the productivity of work. It will increase the opportunities for unemployed people. After the change in terms and conditions of Whatsapp, most people shifted towards the Beep Application. This social communication will work under the supervision of the IT minister.