There is good news for all the students who want to get admission in MBBS and BDS in Sindh government has reduced the number at MDCAT  from 65% to 50%  for students seeking admission in MBBS, And Punjab Medical Commission has decided to increase 40% for Bachelor of Dental Surgery BDS students. If the government cannot resolve the issue with the Punjab Medical Commission, the government will set up a Sindh Medical and Dental Council next year. The decision was taken at a meeting chaired by Sindh Health Minister Dr. Azra Afzal on Monday.

The meeting convened to discuss the situation arising out of the MDCAT Test II while expressing concerns over the attacks adopted for the examinations. The Punjab Medical Commission has created a lot of problems for the medical student as well as the health professionals and now it has become necessary for the Sindh government to legislate for admission in medical colleges for the coming year and take your test.

The Sindh government also said that if the Punjab Medical Commission does not solve our problems, we will legislate from a Medical Dental Council at the provincial level. And Health Minister Dr. Azra Afzal on the direction of the Vice-Chancellor of Shaheed Mohtarma Benazir Bhutto Medical University Larkana has set up a portal in which the data of MDCAT students has been collected. At least 50% marks for MBBS admission and 40% marks for BDS admission. Once all student data has been collected for the vacant seats in the college Admission policy will be formulated and in every district which will have student Domicile, based on the performance of the MDCAT test.

students of rural areas will be given the opportunity to teach in medical colleges. The total number of seats in medical and dental colleges in Sindh is 5,490. A total of 68,680 students from Sindh took the MDCAT Exam, And only a total of 7,797, passed the exam. The percentage passed by the Punjab Medical Commission is 65%, The MDCAT test was plagued by mismanagement and malpractice from day one and sparked nationwide protests that affected many students. Many students protested against it.

Representatives of doctors’ organizations and professional organizations announced their support for the protesting students and the Punjab Medical Commission Conducted MD CAT test and handed it over to a private firm in violation of the Public Procurement Regulatory Authority, He also said that the online exams, which were conducted without any preparation, had wasted all the hard work of the students. He demanded that they be closed again in collaboration with the stakeholders Re-conduct the examinations together and take them in a transparent manner.

Representatives of the Pakistan Medical Association PMA also held an emergency meeting to discuss the issues facing the students. Students who appeared for their MDCAT test may wish to re-apply for a review of their results, They are being charged about Rs. 5,030 per student, which is an injustice to the students and their parents who have already suffered a lot in these circumstances.

Even before this, the Sindh Medical Commission once received Rs 6,000 from students as humanitarian decisions, The PMA has demanded that the results be reviewed as many poor students will not be able to re-apply within this review. During the meeting, many petitioners have strongly criticized the decision to invite them from other parts of Pakistan to Islamabad, especially for female students. It has become very difficult for female students from far-flung areas to travel to Islamabad alone and travel has also become very expensive due to which they face many difficulties. The Medical Association unanimously rejected the results of the examinations and demanded that it be rescheduled and that the test be conducted on the same day all over Pakistan so that all students could easily. 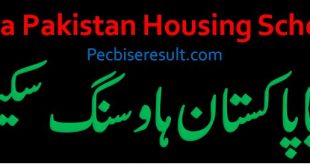